Once upon a time in the 1980s, the Hodgkinsons were just like any other family.

Liz and Neville lived with their sons, Tom and Will, in a semi-detached house in the suburbs of Southwest London. Neville was an award-winning medical correspondent. Liz was a high-earning tabloid journalist. Friends and neighbours turned up to their parties clutching bottles of Mateus Rosé. Then, while recovering from a life-threatening bout of food poisoning, Neville had a Damascene revelation.

Life was never the same again. 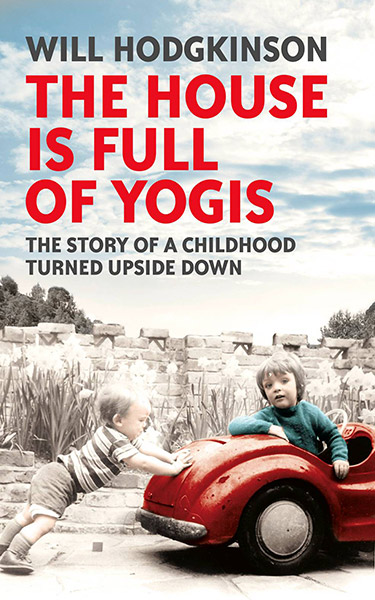 Out went drunken dinner parties and Victorian décor schemes. In came hordes of white-clad Yogis meditating in the living room and lectures on the forthcoming apocalypse. Liz took the opportunity to wage all-out war on convention, from denouncing motherhood as a form of slavery to promoting her book Sex Is Not Compulsory on television chat shows, just when Will was discovering girls for the first time.

While the laconic Tom took it all in his stride, the arrival of the Brahma Kumaris threw Will into crisis. And as if his Yogi father, feminist mother and the end of the world weren’t enough, he was also hopelessly in love with his best friend’s sister.