One Man’s Mission to Write the Perfect Pop Song. 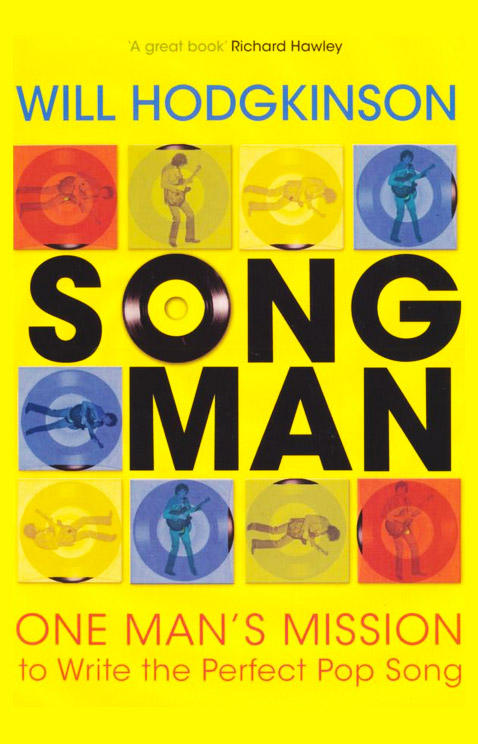 Armed with a singing voice that makes children cry and a sense of melody that could best be described as challenging, Will Hodgkinson takes off on a songwriting journey. He receives lessons and advice from, among others, Keith Richards, Ray Davies, a brilliant recluse called Lawrence, and the hippy-era songwriter Bridget St John. But will his efforts be good enough to cut a 45rpm single at the famed Toe-Rag Studios in London?

‘The art of songwriting is something I’ve explored all my life. It’s a mysterious and elusive subject. In Song Man some of those mysteries have been unravelled. It’s a great book’ – Richard Hawley

‘Once again, it’s surprising how many famous names are willing to listen to our man’s childlike fumblings, while artistic endeavour threatens to drive a truck through his seemingly lovely relationship … it’s hard to resist checking out Hodgkinson’s efforts online’ –
Time Out ‘

Amusing, informative and wish-fulfilling, Hodgkinson’s book simultaneously makes you respect the genius of songwriters and fills you with hope that you might just be able to pen that number one yourself’ –
Financial Times